The weekend before last, I went to hear Menri Lopon Trinley Nyima, a Rinpoche – or Tibetan Lama – teach on the religion of Yungdrung Bon, a Tibetan religion predating Buddhism.

At the center of Menri Rinpoche’s lecture was the nature of the Red Garuda, a diety central to Bon. The Red Garuda represented energy and power, bestowed wisdom and protected one against obstacles and poisons. Several times during the two-day teaching, everyone in attendance chanted the Red Garuda mantra together, over and over, at a low, vibrating pitch…

Menri Rinpoche said the mantra liberates the chanter from suffering, and opens them to the fiery energy of the Red Garuda, therefore empowering them. With the power of the Red Garuda emanating into them, the chanter may then emanate that energy outward, to relieve the suffering of others, or to wish good will, in general.

Every time we chanted the mantra, the same process – for me – would occur. First, I’d find the chanting soothing to my being, as my chest, throat and head gently vibrated. But after a while my voice would tire, and rise in pitch. After losing control of pitch, I began to stumble over the syllables. I would then speed up, trying to get back on track with everybody else. After catching up, I then over corrected – tried to chant the mantra perfectly – to make up for stumbling off the mantra. I kept messing up, the harder I tried. At that point, I’d grow frustrated and give up, altogether. Then I’d cool down, and start reciting the mantra again, very simply, which resulted in my reciting the mantra very clearly. I would coast for a while, one clear and loud repetition after another. But as soon as I became aware of how good I was chanting, I began to wander when Menri Rinpoche would hit the bell to signify the end of the chant, at which point I’d feel the vibration in my chest again, then my voice would tire and I’d mess up again, then get frustrated and give up again, cool down again, then start over again, simply, recited clearer again…etc. After several cycles of this, Menri Rinpoche finally hit the bell – its ping cracked all things solid in my psyche. A zingy feeling flowed in and through me. Everyone looked around, at each other, as if we’d been magicall beamed there from another place, far away. And there was Menri Rinpoche, in the front of the room, smiling.

“It is long, life mantra,” he said in his low, quick, quiet voice. “Many time, all day. You sing 1,000 times in a row…you can say it to yourself, quietly. Or sit, meditate, very loudly. It has tremendous healing power. Red Garuda comes into you, to heal you, bring you success, then you send to others.”

Light and the Spirits

The following Thursday night, on Halloween, I went with The Great Warrior to West Hollywood to take photographs of the gigantuanormous parade and party held there every year.

“It’s insane,” said The Great Warrior, as we walked deeper into the human stew of ghouls, drag queens, devils and squadrons of bubbly college girls in skimpy lingerie skipping passed couples dressed as Miley Cyrus and Robin Thicke grinding on each other as glittery thonged unicorns cantered after robots and cowboys and men dressed up as ketchup and mustard bottles and too many Waldos and Jack Sparrows and cats and foxes and parents yanking along their kids dressed as superheros. “500,000 people will be here tonight.“

By 9pm, Santa Monica Boulevard was shoulder to shoulder with happy freaks. I stood up onto the median and looked down the street – nothing but heads bobbing around, with the occasional drunk or two barreling through the crowd, jumping and howling at each other. Over by the endless row of skiddo-cans along the sidewalk, was some kind of protestant preacher shouting ”turn or burn” rhetoric through a megaphone. But all the decadent darlings merely danced around him, reveling, reveling, reveling. Further on, there were Hare Krishnas, singing, dancing and slapping tambourines. Wonder Woman and one of the Waldos danced with them, unaware that they were, in fact, dancing with real Hare Krishnas and not some joint fraternity/sorority costume “happening”. I got back on the street and made my way over to The Great Warrior who was photographing a giant drag queen. Thousands upon thousands of painted faces inched toward me – twice as many giant, black pupils, glossed over, closed in. A buzzing palpable energy thickened any empty space between people. Voices and action blended and everything spun around like a kaleidoscope. Soon, it became too much of a hassle to move in any direction other than the slow lurch down the street, as if the collective energy was propelling us to some final giant cosmic appliance deep in the center of WeHo. Somehow the Great Warrior and I managed to scrape our way to a side street and left, just as the first ambulances of the night roared, nearer and nearer.

The following events occurred the next day – Friday – and are better explained in reverse chronological order, and sprinkled with lyrics from various songs by Lou Reed…

…the mother, her little boys, the gang bangers and I exited the subway train and filed onto the escalator at the Hollywood/Western stop.

“Shit!” continued the angry gang banger. “I been on the streets for two years now and ain’t got popped yet. Ni#$ga f@#ks with me tonight ni#$ga gonna die!”

But I’m gonna try for the kingdom, if I can

‘Cause it makes me feel like I’m a man

The other bangers were appealing for him to cool down, as we ascended the escalator. But the angry fellow was white-hot and ready to go. He ran to the top of the escalator and with the bright blue sky as his backdrop, turned around, held up his hands and shouted, “Shit I been goin’ through the pain since I was 12 years old…I don’t lose a fight, n#$ga! I never lose!”

Waves of fear, pulsing with death

I curse my tremors, I jump at my own step

I cringe at my terror, I hate my own smell

I know where I must be, I must be in hell

(From Waves of Fear)

…as the dancers loaded the drums and costumes in a pickup truck, I headed to Union Station and took the subway back to Hollywood. In the train, a group of lanky gang bangers held court. One kept bouncing around, very angry, and shouting to us all that he was going to kill somebody. A woman with two very young boys sat across from me. The oldest boy, about five, stood with his nose to the dark window, licking a lollypop. In between licks, he asked, “Mommy?”

“What?” replied the mother, who was wiping the younger boy’s mouth.

The woman looked at the boy, quizzically, then laughed. “Well I love you too, baby. Just don’t put your tongue on that window.”

“Cause they’s germs on it.” 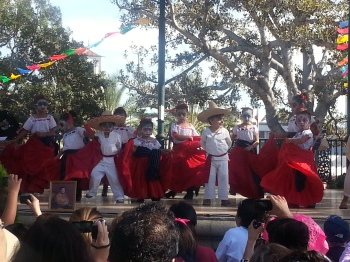 The boy looked at the dark window for some time. Then he leaned over and rubbed his lollypop on his mother’s bare arm.

“What the hell’s wrong with you, boy!”

The boy laughed. The mother wiped her arm and began laughing.

“You just wait,” she told the boy. “After you go ta’ sleep tonight, I’m gonna let the mole people come in an get’cha.” She looked over at me and laughed. “See what I gotta put up with all day long?”

Seem to whisper to her when he smiles

At the Hollywood/Western stop, she picked up her purse and the younger son, told the older son, “Hurry and get off before the doors close and stay there til I get off.” The boy did. “Come on,” she said on the platform, “grab my hand.” The boy did. I followed the them and we followed the gang bangers to the escalator…

I am tired, I am weary

I could sleep for a thousand years

A thousand dreams that would awake me

Different colors made of tears

(From Venus in Furs)

…the elderly couple had stopped laughing by the time we reached Union Square, as if the previous moment of joy had never happened. They were both silent as the woman unlocked his wheelchair and pushed, slowly, without expression, onto the platform and toward the elevator. I took the stairs up and out of Union Station and headed to the Dia de Los Muertos Festival that was taking place at Pueblo de Los Angeles – one of the oldest sections of LA.

There, busloads of schoolchildren ran around throughout the courtyard, their faces adorned in skullpaint. Makeshifti altars surrounded the courtyard, covered with pictures of loved ones, Jesus candles, wine bottles, hand written poems of lament and freshly baked bread. Skeletons and death where everywhere, but there was no overall Western dread of death. People were simply missing people they loved, remembering them, and inviting the dead to visit. And most people were having a good time.

In the courtyard, I caught a performance of an Aztec ritual for honoring death and rebirth. The performers wore elaborate costumes with headdresses, their faces painted as skulls. They blew conches, saluted the sun – twisted, spun, bowed and jumped to the beat of intense drumming. A force emanated from the action of the performers and drums. That force thrust inot and through me, connecting me to the dancers and to the audience and to Everything that’s ever been or will be. That force thundered through the heat of the cloudless day, into space, emanating beyond all concepts of God, echoing ever further into The Mystery, beyond the grasps of our words and language and philosophy. When the drums stopped, the dancers bowed, then walked around with buckets and asked the audience for money. Then they cooled off and smoked cigarettes in the shadow of a giant statue of the 18th century Spanish king, Charles the Third. After stomping the butts on the ground, they took off their costumes, wiped off their makeup and began packing everything up…

If I could make the world as pure

And strange as what I see

I’d put you in a mirror

I’d put in front of me

I’d put in front of me

Around noon on Friday, I hopped the subway and headed downtown, to the Dia de Los Muertos Festival that was taking place all weekend long. At a stop along the way, an elderly woman wheeled her husband into the car. It looked like his left leg had recently been amputated – the stump was in a splint, wrapped in gauze. The woman struggled to wheel him to the spot reserved for wheelchair passengers, knocking his stump against the seats and the wall. The man winced in pain as she did this and they exchanged growls at each other. Finally, she locked his chair’s wheels, then leaned against the wall, panting. After catching her breath, she leaned closer to the man and spoke something in Spanish. He turned to her, frowned at her for a moment, then laughed loudly. Then she started laughing and they both laughed together.

Oh, it’s such a perfect day

I’m glad I spent it with you

Oh, such a perfect day

You just keep me hanging on

You just keep me hanging on

RIP Lou Reed…thanks for emanating to and through us while you were here.

…to you all and be well…