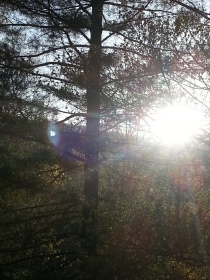 “Say, are you related to Barry Pate?” asked the clerk at the car rental establishment in Asheville, North Carolina.

“I don’t know,” I told him. “But there’s a pretty good chance. My family used to live here, way back.”

It was true. In 1703, a Thoroughgood Pate ventured into the North Carolina territory. He’d been run out of Virginia for skipping out on various debts, ran to the hills and was probably the first Pate to enter North Carolina. Years later – in 1782 – another Thoroughgood Pate (my 7th great-grandfather, and probably the earlier Thoroughgood Pate’s grandson, though there is no direct record of the relation) stood trial in North Carolina for treason after the American Revolutionary War. Although he publicly supported revolution, he was suspected of having secret loyalist sympathies and of aiding the The Crown. He was found “not guilty” but forced to take a public oath to the newly birthed United States. So, the Pate’s do have a long history in North Carolina. However, not long after Thoroughgood took the oath, my direct bloodline moved out west, evolving into modest farmers in Alabama.

I would be driving from Asheville to San Antonio – through the Deep South. I loaded up the rental car with my belongings, and with my greatest ally and most dangerous enemy looking at me from the rearview mirror, I started the engine and steered toward the Smokey Mountains.

A crumbling street in the South.

I drove the rental car up and down and through the ancient mountains that morning. I avoided the interstates – stuck to the highways to get closer to the beauty and grandure around me. The haunted ancients hills were quiet and fog loosely clung to them, barely hiding their nakedness. The rivers raced down the ancient grooves carved in the mountains, creating frothing white rapids. I turned the radio off, I wanted to hear the silence of everything around me. It rained off and on, and the dark skies brought about a natural gloom that I can’t even recreate in my mind because what I saw was only meant to be seen then, in that moment. Then the view was to be longed for, forever. Hallowed, haunted longing. That is the Smokey Mountains.

“Man, there’s all kinds a Pates in Alabama,” said my friend back in New York, Alabama Patrick – called so for obvious reasons. “Shit, where I lived, you couldn’t walk ten feet without bumping into a Pate.”

I kept watch as I drove, should a Pate run out of the woods and scurry across the road. But none did, and I didn’t ask anybody at the gas stations if any Pate’s were around. I had a limited time with the rental car, so I couldn’t do any deep investigating. Besides, I was content to know they were out there, bumping into all kinds of people.

There is a truth that is easy to understand when driving through the South. It is that Led Zeppelin really is the greatest rock and roll band. The Beatles and the Rolling Stones are lofted into their own mythic categories, they are institutions – but Led Zeppelin hovers just below heaven, in view of Man and their sound falls from the sky and runs like lightening through mortals’ bodies. Drive through the Deep South and keep the dial tuned to the two or three classic rock stations that are available. You will hear plenty of Zeppelin and experience their music in ways beyond the 6 senses. I am not f%$#ing kidding, they are the greatest rock and roll band. Plant, Bonzo, Jones and Page blend into some kind of many armed and footed creature – something like a sugared up cymbal pounding monkey crossed with a Druid priest then bred with an alien who crash landed in the Mississippi Delta – that plays the secret chords only heard in a morphine dream. I love the Stones, but Zeppelin pushed their sound through our dimension’s barriers. One more time, Led Zeppelin is THE greatest rock and roll band. South radio also decrees the Allman Brothers, Creedence Clearwater Revival and ZZ Top were true originals, too, and tells us that we should never forget Aerosmith, who rightfully deserves its place in rock legendom, for they flat out boogied in thier own nasty, sweaty way, at least until 1993. Listening to classic rock while driving through America is like earning a Masters Degree in Rock Criticism, but you’ll earn a Doctorate in it while driving through the Deep South.

The Greatest Rock and Roll Band

All the other radio stations seem to come in a little fuzzy in Dixie. So there’s really no other choice but to jam. Well, there is one more choice, and that’s to listen to the dozen or so religious stations. I took a break from The School of Rock to listen to one such station, as I wound my way through a secluded part of ‘Bama, off the interstate. The dj-preacher man said that the Bible’s New Testament is our proof that we’re supposed to work for a living. Hmm, well I don’t disagree, I believe in working for a living, let’s listen some more. “Let no man steal who can work with his own two hands.” Hmm, I agree with that too. “Our founding fathers lived by that testament” and it was their main focus to “create a nation of workers” and that “it is the Protestant ideals that our founding fathers brought to this country that has made USA number one.” He never mentioned anything about inherently wealthy landowners – like most of the founding fathers – not wanting to pay the high taxes or anything like that. Nope. “This country, this Protestant country was begat to be a nation of wage earners, and any help is welfare and welfare is anti-American.” By this point I’d forgotten I was listening to a religious channel.

I left Alabama without noticing. I was on a deeply secluded county road in Mississippi. The Deep South bestows another truth to the driver – the springtime there is completetly, utterly beautiful. Winding paths through lush green woods on easy rolling hills. The peace came in through the air-conditioner vents. My shoulders relaxed as I breathed in deep all that the city kills. The sun never hits you head on, just sneaks up to you and before you know it, there’s a bead of sweat on your brow. But so what, the cool shade will dry it right up.

Every now and then I would come to a little town, and see another truth – the Deep South is home to extreme poverty. On the outskirts of the towns, the poor – mostly black, but many whites – sat out on the porches of their crumbling homes that were little more than shanties. Then, the nicer houses came into view as you drove further into the town. Then, as I would drive out of a town, the shanties would appear again. A curious fact was that it was these crumbling houses that had “no tresspassing” signs posted on them, not the modern “plantation-deco” homes of the wealthier people. The poor people on the porches were either skinny or obese, with loose jaws and tangled eyes. The pale skin of the whites poked out of their shorts and shirts. Black or white, these poor people weren’t working. I guess they weren’t Protestant. I didn’t know how they could be Catholic, because there were no Catholic churches to be seen and needless to say, no synagogues either. And, though their blank stares could be mistaken for meditative gazes, I’d bet my firstborn they weren’t Buddhists. Maybe they were closer to Jesus than that dj-preacher – carpenters in a land where nobody’s building.

All throughout the South, I saw the white drifter. There he’d be, out in the middle of nowhere, two or three bags at his feet, waiting for Gadot. I tried hard to feel what that may be like. What if nobody went for it and picked me up? What then? There’s twenty miles of nowhere in both directions. How’d things end up this way for me? I’m sure that’s a hard question to answer, but if no one picks you up I guess you got the time to find answers to questions like that. I stopped trying to stand in the drifter’s footsteps when I realized I was just another driver in a car passing him by.

In Vicksburg, Mississippi, I parked the car and walked around. Vicksburg is a pretty town on many rolling hills along the Mississippi River. 13 Pates where holed up there during the Siege of Vicksburg during the Civil War. They were all members of the Confederate Army, including my great-great-great-uncle Richmond Pate. The siege lasted from May to July of 1863, with the city ultimately falling to the Union Army. One Pate soldier, Elisha Pate, was killed during the siege. As I walked, I wondered where, exactly, Elisha took his last breath, wondered how he died. Did he die on the banks of the Mississippi, catching a bullet in the chest? Did he die instantly, or was his death slow and agonizing? I continued such thinking even after I was back in the car and driving out of town. Was he blown away during the shelling? Was it disease? At every red light, I tried to see back in time to find Elisha – watch him take his final breath and slump down. I wanted to be there the moment the ghost left his body, to see it float higher and higher until it joins that place the living can’t reach. On his dead face would be the expression of his last thought. How did things end up this way for me? Maybe that was the look. At a red light, I looked in the rearview mirror and saw three black men in an old dented work truck. They were laughing, sharing a carefree moment until the light turned green.

Jefferson Davis and his wife, looking on from the losing side of history.

I kept my eyes on the three black men as I rolled into the intersection. I, of course, didn’t know the fellows, but I’m willing to bet they were descended from slaves. They followed me up a hill then down the hill, these distant sons of men and women who were thought of as – and treated as – property. Their relatives were bought and sold, like the car I was driving, like the computer on which I wrote this blog. This computer is going to wear out someday, and I’m going to go to the store and get a new one, and never give this computer a second thought. I will not mourn it, bury it, or tell anyone I saw the ghost leave its body. Up a hill, down the hill. Property, just property. Up another hill. Property.

The three black men were no longer behind me when I reached the edge of town. There, I stopped wondering what the hell Elisha Pate might’ve thought when he died, and I decided to end this blog then. I’d planned to end this post by writing about Leon County in East Texas, where the Pates had nestled in for the last several generations. But nope. The blog would end just outside of Vicksburg. I crossed the Mississippi River into flat, flat Louisiana, my traveling companion right there in the rearview mirror, with a look of compassionate castigation. There we were, suspended over the Big Muddy – the culmination of patriots and traitors, loyalists and rebels, and of all the gods and devils. But none of that made me special, I was just a guy driving further into Louisiana. Poor, flat Louisiana was gazing across the river, wondering why Mississippi kept all those hills to herself.

A Crying Window in the South.